We’re over the moon that Leland Melvin will share his journey from the gridiron to the galaxy as our Closing Session speaker. 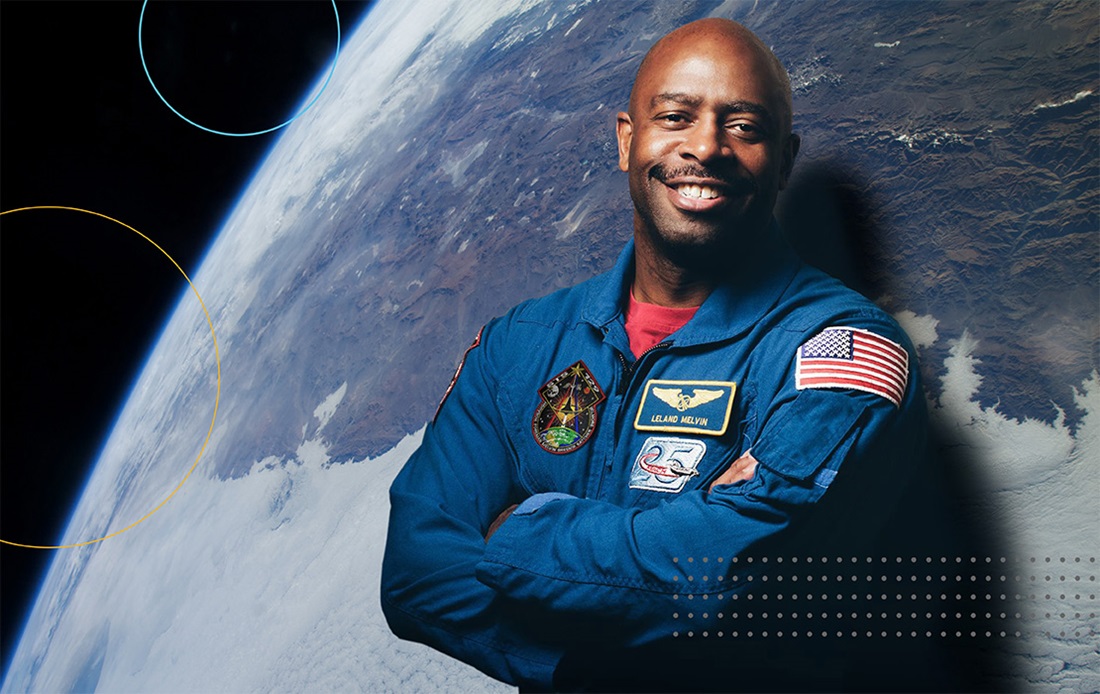 Leland Melvin is an engineer, educator, former NASA astronaut and NFL wide receiver. He served on board the Space Shuttle Atlantis as a mission specialist on mission STS-122 (2008) and STS-129 (2009), helping to construct the International Space Station.

After 24 years with NASA as a researcher, astronaut, and Senior Executive Service leader, he shares his life story as an athlete, astronaut, scientist, engineer, photographer, and musician to help inspire the next generation of explorers to pursue STEAM careers.

In May 2017, Leland released his memoir, Chasing Space: An Astronaut's Story of Grit, Grace, and Second Chances. In it, Leland shares his personal journey from the gridiron to the stars and examines the intersecting roles of community, perseverance, and grace that align to create the opportunities for success.

SMILECON is a trademark of the American Dental Association