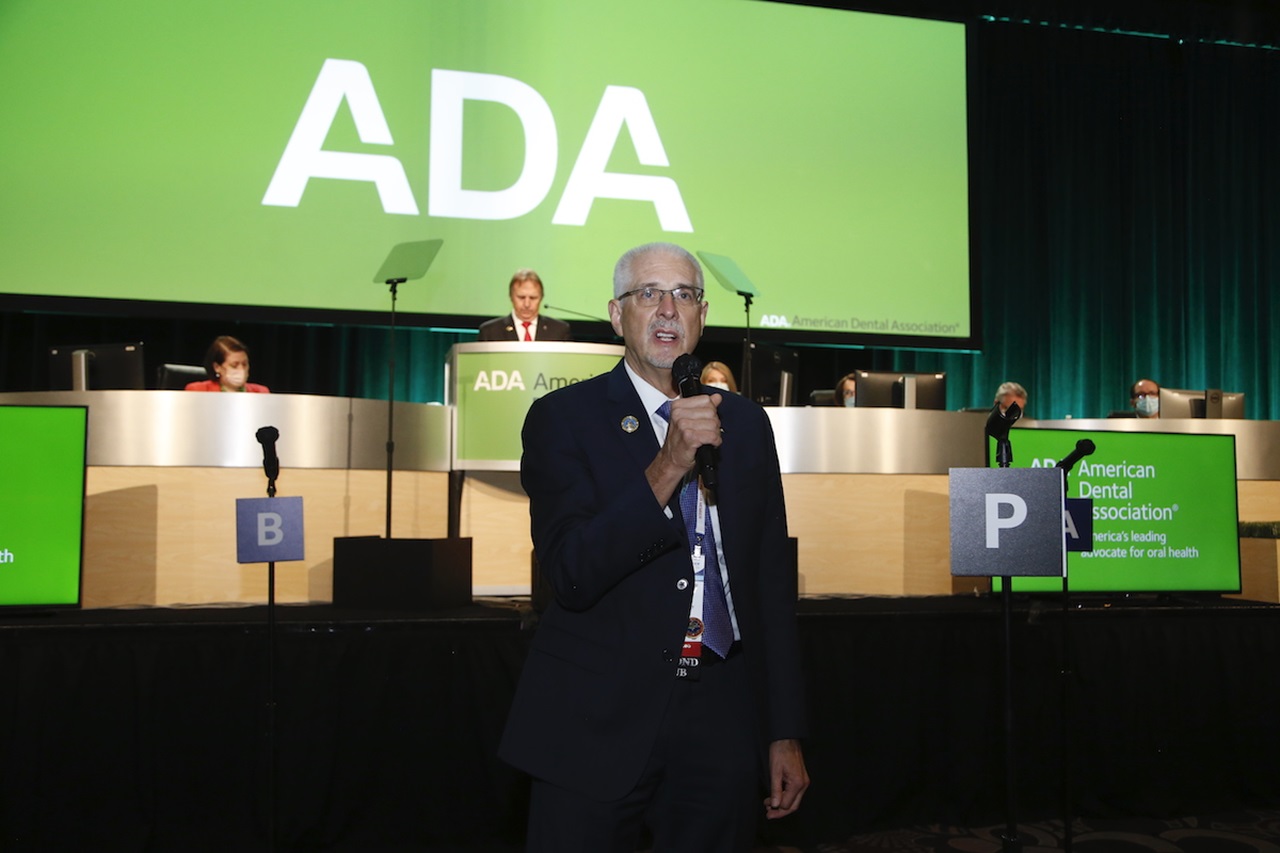 Leader: George R. Shepley, D.D.S., of Baltimore, Maryland, addresses the ADA House of Delegates after he was voted Association president-elect.

“I want to thank the House of Delegates; you’re the one who did this,” Dr. Shepley said after his election. “I’m here to serve you.”

Dr. Shepley is the immediate past trustee of the ADA’s 4th District. He previously served as president of the Maryland State Dental Association from 2013 to 2014, and chaired the ADA Budget and Finance Committee, Standing Committee on International Accreditation and the ADA Council on Communications. He is a member of the Academy of General Dentistry, American College of Dentists, International College of Dentists and Pierre Fauchard Academy.

Dr. Shepley received his dental degree from West Virginia University School of Dentistry, and has been a member of the ADA for 41 years.

“I want us all to move us forward for a new day in dentistry, a new day for the ADA and all dentists,” he said. 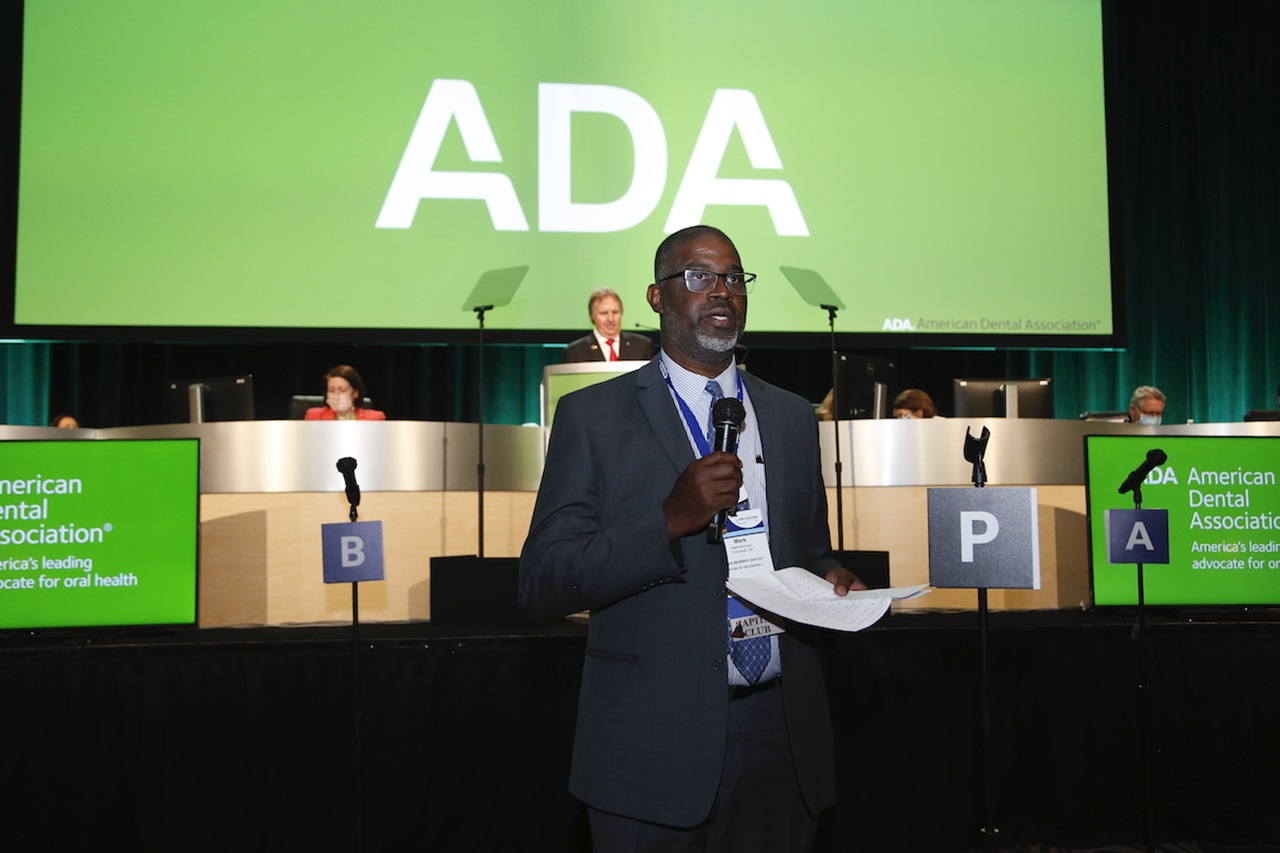 Dr. Bronson previously served as president of the Ohio Dental Association and chair of the ADA Council on Government Affairs and ADA State Public Affairs Committee. He received his dental degree from the Ohio State University College of Dentistry and is a member of Pierre Fauchard Academy, American College of Dentists, International College of Dentists and the National Dental Association.
Tags
ADA News ADA Governance and Leadership
Related
Date
Dentists encouraged to update CAQH ProView profile by Feb. 28 January 5, 2021
Loan forgiveness tool now available May 20, 2022
My View: Sustainable dentistry May 1, 2022