Martha Somerman, D.D.S., Ph.D., is used to being a trailblazer.

"This was a beautiful surprise for me," Dr. Somerman said. "I am humbled and honored that I have been selected as the recipient of the 2021 Gold Medal Award for Excellence in Dental Research. I was told I am the first woman to win this award, a true 'wow' moment and one of so much significance to me. It was almost 50 years ago that I graduated from dental school, class of 1975, a class of 200, with four women, 2% of the class. We've come a long way." 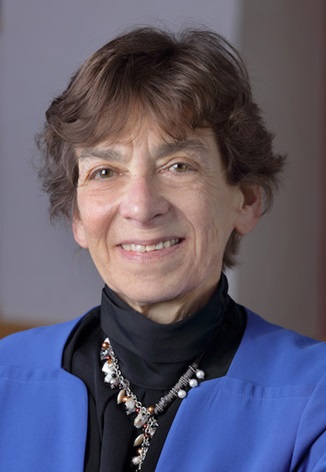 The award honors individuals who have helped advance the profession of dentistry or improve the oral health of the public through basic or clinical research. Established in 1985, the award is presented every three years, and it is sponsored by the ADA and Colgate. Dr. Somerman will be recognized Oct. 13 during the SmileCon closing session.

In a letter announcing the honor, ADA President Daniel J. Klemmedson, D.D.S., M.D., applauded Dr. Somerman for her commitment to professionally developing and motivating those around her.

"Your generous mentorship has produced a talented and diverse cadre of scientists who are transforming the workforce and future of dental science," Dr. Klemmedson said.

Now retired as NIDCR director and as principal investigator for the Laboratory of Oral Connective Tissue Biology at the National Institute of Arthritis and Musculoskeletal and Skin Diseases, Dr. Somerman has enjoyed a long career in dental research and education. She continues to stay active, including as field chief editor for the journal Frontiers in Dental Medicine.

While Dr. Somerman always liked math and science, she was unsure where her career would take her after completing her undergraduate studies at New York University. She took a variety of odd jobs, including working for the U.S. Census Bureau, earned a master’s degree in environmental sciences from Hunter College in New York City and taught science to junior high school students.

Having been exposed to dentistry at a young age by her father who was a dentist, she realized dentistry offered her a stable career that blended science and health care. She soon found she was drawn to the research side of dentistry, wanting to find evidence to support methods of care.

"As a dental student, I enjoyed the artistic side of dentistry and patient interactions but found much of what we did lacked evidence," Dr. Somerman said. "The only area at the time that had some scientific basis for preventing, controlling and treating the disease was periodontology."

She decided to apply to periodontology residency programs, with the plan of becoming a practicing periodontist, but focused on her interest in periodontal research in her application letters and ultimately completed a program for both her periodontology certificate and Ph.D.

"The rest is history," she said. "It proved to be the perfect match for me."

She has published more than 180 peer-reviewed articles, served on several journal editorial boards and won global recognition for her research. As director of NIDCR, she was able to guide dental, oral and craniofacial research at a national level.

In 2016, Dr. Somerman launched NIDCR 2030, a national initiative to advance dental, oral and craniofacial research. As a part of that, she spearheaded a new research focus on autotherapies, which are prevention and treatment tactics that take advantage of the body's innate ability to repair and regenerate damaged or diseased tissues. She also established the multidisciplinary Dental, Oral, and Craniofacial Tissue Regenerative Consortium.

Dr. Somerman is internationally recognized for her expertise on the regulators that control dental, oral and craniofacial tissue development, and her research has identified genes and associated factors that promote periodontal regeneration.

She also established the NIDCR Director's Postdoctoral Fellowship to Enhance Diversity in Dental, Oral, and Craniofacial Research. In her career, Dr. Somerman has sought to have a diverse laboratory team and to advance research to improve the quality of health care for all communities, she said.

"I am an advocate for research on understanding dental, oral and craniofacial health and disease in the context of the whole body and where research transforms how to promote health, treat disease and overcome health disparities, thus offering all people an opportunity to lead healthy lives," Dr. Somerman said.

Before becoming NIDCR director, Dr. Somerman was dean of the University of Washington School of Dentistry. She has also served in other academic positions over the years, and she said watching her students continue as researchers, educators, mentors and clinicians themselves has made her proud.

"Dr. Somerman has led a career with the highest caliber of dental science including focused excellence in basic and translational mechanisms of periodontal development and regeneration, dedicated mentoring of the next generation of dentist scientists, and astute administration of the largest and most prestigious dental research organization in the world," said Laurie K. McCauley, D.D.S., Ph.D., dean of the University of Michigan School of Dentistry and Dr. Somerman’s nominator for the Gold Medal Award.

Dr. Somerman is a fellow of the American Association for the Advancement of Science, American College of Dentists and International College of Dentists. In addition to the Gold Medal Award, she has received the International Association for Dental Research/Straumann Award in Regenerative Periodontal Medicine, the Distinguished Scientist Award from the American Academy of Periodontology and the IADR Distinguished Scientist Award for Basic Research in Biological Mineralization.

As winner of the Gold Medal Award, Dr. Somerman will receive $25,000, a gold medallion and the opportunity to select a fellowship recipient who will be awarded $20,000 to support their own research.

"To be a recipient of the Gold Medal Award, a major prestigious award for an academician, means acknowledgement by the larger community for one’s achievements," Dr. Somerman said. "Being the recipient of this award makes me acutely aware of my wonderful career and how much I owe to so many people."