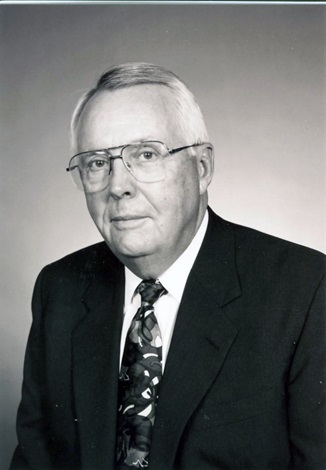 Dr. Schoessler
Richard J. Schoessler, D.D.S., an ADA trustee from 1982-88, died on Nov. 4, at his home in Northridge, California, surrounded by his family.

According to his online obituary, in 1963, Dr. Schoessler cast the deciding vote to establish Delta Dental in South Dakota. He served as South Dakota Dental Association president and as an ADA delegate before being elected to the office of trustee of the ADA for the 10th District, the first dentist from South Dakota to hold that office.

According to a Facebook post by the ICD, “Dr. Schoessler was passionate about the ICD and its mission … Dr. Schoessler was influential in bringing modern innovation into the college … His impact will never be forgotten.”

Dr. Schoessler was born on Aug. 15, 1928, in Chamberlain, South Dakota, and attended Creighton University in Omaha for seven years, earning his doctor of dental surgery degree in 1953.

After being inducted into the Army and spending a year in Washington state and more than three years in Paris, France, Dr. Schoessler moved to Pierre, South Dakota, to open his dental practice.

He continued his military service by joining the National Guard and was recalled to active duty during the Berlin crisis in 1961. The family spent a year at Fort Riley, Kansas, where he commanded a dental clinic on the base. They returned to Pierre, and he served in the National Guard until his unit was deactivated.

Dr. Schoessler then joined the active reserves and served as a West Point recruiter, visiting high schools around the state. He retired from the reserves as a colonel in 1988, completing 35 years of military service.

After retiring from dentistry in 1990, he and Mary Jean, his wife of 62 years, traveled the world, visiting every continent except Antarctica. In 2017, the Schoesslers moved to Northridge to be near their daughters.

Lon D. Corroll, D.M.D., ICD USA Section president in 1993, said that he and his wife were close to Dr. Schoessler and his wife for many years.

“Richard was a very hard worker for the College and it showed in what [it] accomplished during his enrollment,” Dr. Carroll said. “I enjoyed working with Richard through our years.”

Dr. Schossler is survived by Mary Jean, two daughters, a son and a grandson.

Memorials may be directed to St. Luke Lutheran Church in Woodland Hills, California, and Countryside Hospice in Pierre, South Dakota.

Tags
About The ADA ADA News ADA Governance and Leadership
Related
Date
Give Kids A Smile kicks off in St Louis February 2, 2023
What does your state require for dental specialty licensure? February 1, 2023
Get to know your SmileCon chair February 2, 2023