New fluoridation tablet system to be deployed across US 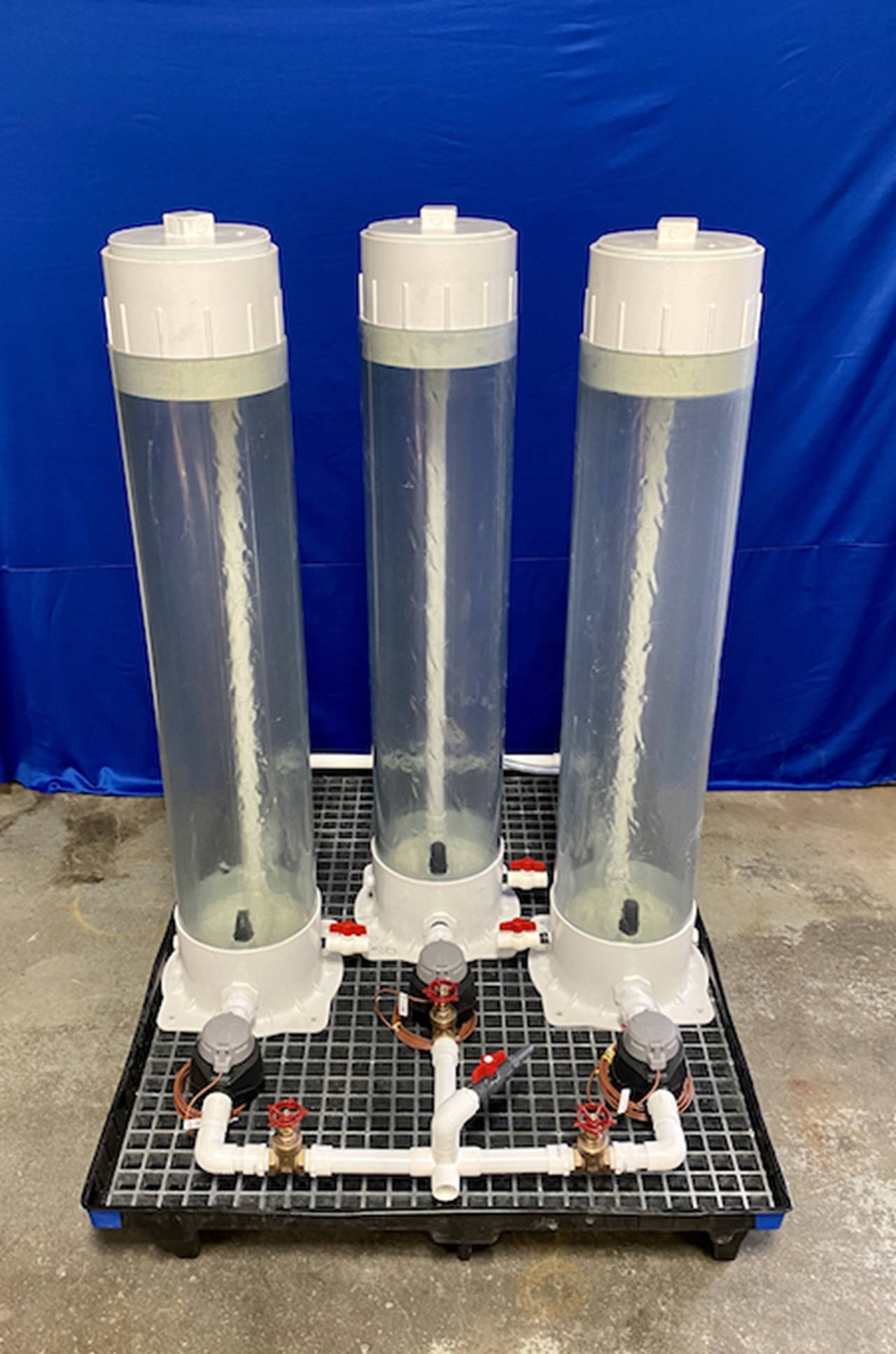 Advance: The feeder system works through the erosion of sodium fluorosilicate tablets in the patented New Wave Fluoridation Feeder, much like how chlorine is distributed into swimming pools.

The water utility board of Marathon City, Wisconsin, was on the cusp of terminating the community’s water fluoridation program due to cost issues earlier this year.

But in the end, the board decided to sign off on a tablet feeder system that advocates are calling the first advancement in water fluoridation technology in decades.

“This is a solution at a much lower cost,” said Andrew R. Kurtz, Marathon City administrator, after the decision. “It’s geared for a small community.”

The sodium fluorosilicate tablet system, developed by Florida-based KC Industries and contracted by the Centers for Disease Control and Prevention, received NSF Standard 61 approval in late 2020.

NSF Standard 61 is a set of national standards that relates to water treatment and was developed by the National Sanitation Foundation, a global independent public health and environmental organization.


The approval and deployment of the system will soon be complete and can be utilized across the country.

“This is a project that, in coordination with the CDC, has been in the works for almost 10 years,” Mr. McCarter said. “It is a cause that went from a goal to a passion for me, and I am very pleased we are ready to offer this health benefit to those in need.”

The feeder system works through the erosion of sodium fluorosilicate tablets in the patented New Wave Fluoridation Feeder, much like how chlorine is distributed into swimming pools, Mr. McCarter said.

Mr. McCarter said that after working with the state of Missouri and its state dental director for over a year, the state will begin a pilot test site in July.

The state of Wisconsin has issued an order for a double- feeder system due to be installed in late June, Mr. McCater said. Once performance is verified, they have multiple sites selected for additional feeders, he added.

The state of North Carolina has two single-feeder systems on order and is due for instillation in early June, with additional sites to be selected once the technology is proven, Mr. McCarter said.

“We are also working with either the rural water folks or the departments of health in Mississippi, Florida, Colorado and Georgia to obtain approval for the feeder system,” Mr. McCarter said.

The delay in receiving Standard 61 approval and installation was “because the fluoride tablet feeder system is the only change in municipal water fluoridation in over 40 years [so] most states were not sure how to issue approval,” Mr. McCarter said. “Each state has a different entity that oversees their water systems and any changes being made. Some of the states accepted our data while others required additional testing.”

Mr. McCarter said he was confident that the tablet systems will soon gain the approval throughout the rest of the nation.

“The proof of concept will signal the success of the tablets,” he said. “Once a system is operational and has a proven track record of performance, we know that the market will grow quickly. As one municipal water superintendent said to me, nobody wants to be first, but everyone is willing to be second.”

“The New Wave Tablet System holds great promise for small communities where cost, safety and expertise can be an issue,” Dr. Stanislav said. “In Tennessee, we were able to direct a community that was considering rolling back their years of water fluoridation into considering adding this new system.”

Jayanth Kumar, D.D.S., California state dental director and member of the National Fluoridation Advisory Committee, said he was pleased to see the approval and deployment of the New Wave Fluoridation Feeder and Tablet System throughout the nation.

Since 1950, ADA has continuously endorsed optimal fluoridation of community water supplies as a safe and effective public health measure for the prevention of tooth decay. The ADA’s policy is based on the best available scientific evidence on the safety and effectiveness of fluoridation.

Mr. Kurtz said that his city’s implementation of the feeder system should be completed by the end of June.

“We have been at the tip of the spear for many things,” Mr. Kurtz said.

For more information on community water fluoridation and ADA advocacy, visit the ADA.org resources on fluoride in water.