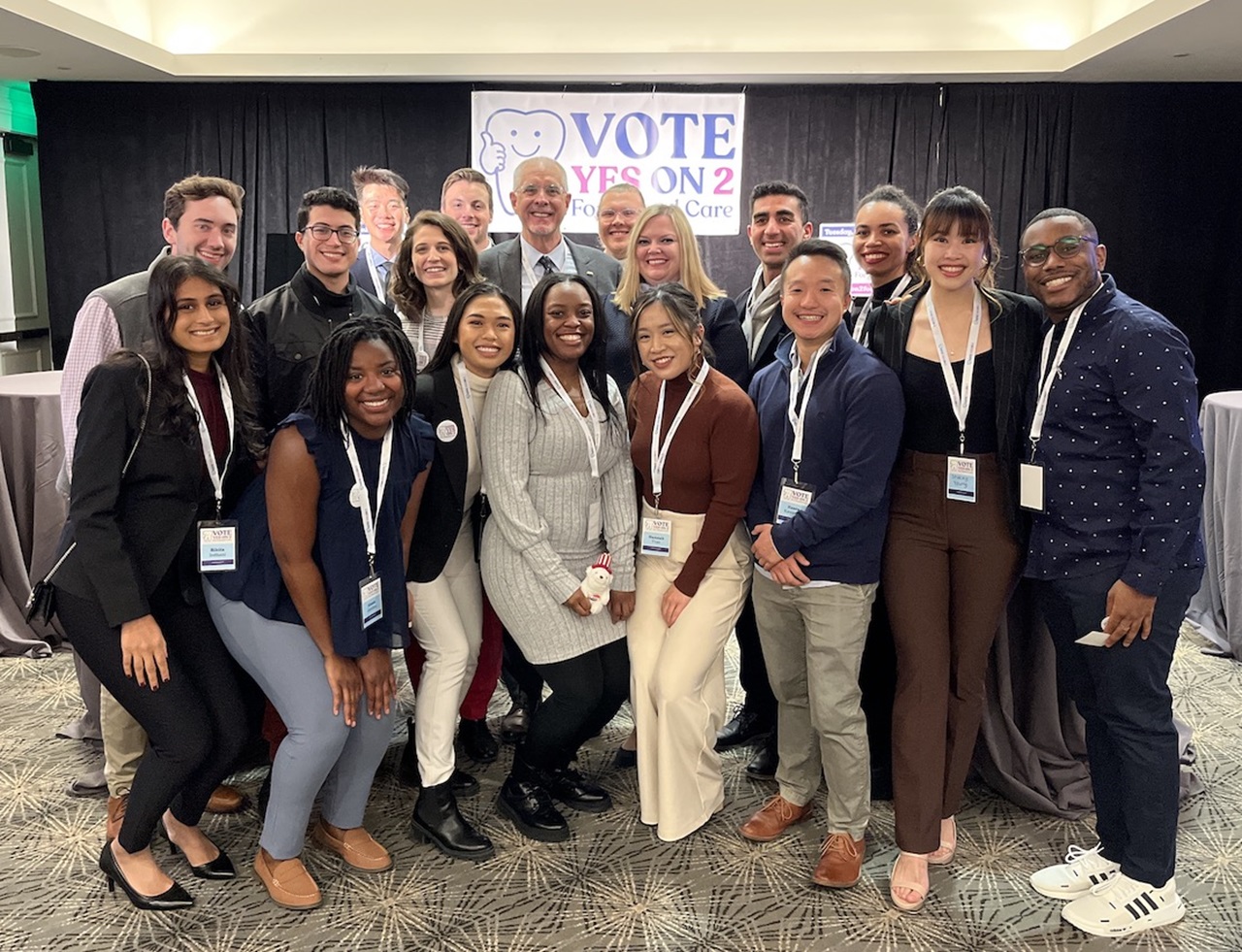 With about 90% of precincts reporting, Question 2 has passed overwhelmingly, capturing more than 70% of votes, according to the Associated Press.

The Massachusetts ballot measure calls for dental insurance carriers in the state to establish a medical loss ratio for dentistry so that patients can receive more value from the premiums they pay. It will require the state's carriers to spend at least 83% of premium dollars on patient care rather than on administrative costs, salaries and profits.

"What you've done here in Massachusetts has set the stage for the rest of the country," ADA President George R. Shepley, D.D.S., said to supporters on election night Nov. 8. "You all are just setting a shining example of where we can go in our future endeavors in dental insurance reform and what we can do to help our patients."

The ADA committed $5.5 million to the Massachusetts Dental Care Providers for Better Dental Benefits campaign. Dr. Shepley and others from the ADA and Massachusetts Dental Society, including MDS President Meredith Bailey, D.M.D., stopped at several polling places across Massachusetts on Election Day to meet with dentists and voters.

"I am so proud of the dedication and hard work done by our members, our leaders and our team to engage Massachusetts voters on why they should vote 'yes' on Question 2," Dr. Bailey said on election night. "I want to thank each person here tonight for your commitment on passing this important measure."

The ballot measure was first initiated and financed by a group of dentists and patients who came together as the Committee on Dental Insurance Quality, which was chaired by Mouhab Rizkallah, D.D.S.

With the measure's passing, dental insurance carriers that do not meet the minimum standard of spending at least 83% of premium dollars on patient care will have to refund the difference to covered individuals and groups. Currently, Massachusetts has established an 88% medical loss ratio for medical insurance plans, but the state has never had one for dental.

• Requiring dental benefit companies to disclose their projected medical loss ratio for dental plans, file the following year's group product base rates by July, and release other specified financial information.
• Authorizing the commissioner of the Massachusetts Division of Insurance to approve or disapprove of any product rates.

Editor’s note: This article has been updated to recognize Dr. Mouhab Rizkallah and the Committee on Dental Insurance Quality’s role as initiators of the ballot measure.