A look back at ‘70s-style student advocacy 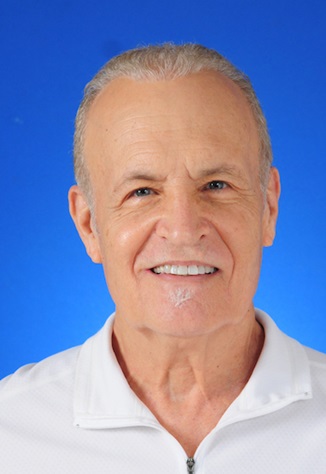 Dr. Nash
Editor’s note: In February 1970, a group of dental students met in Chicago to form an independent national dental student organization and named themselves the Student American Dental Association (SADA). The following year the ADA embraced this idea and organized a meeting of student representatives from each dental school in the country to help form a new organization called the American Student Dental Association (ASDA). Although scattered all over the world, several of the founders and leaders of those two organizations planned on having a reunion this year in celebration of their 50th anniversary, but it was scuttled due to the COVID-19 pandemic. Instead, they decided to mark this auspicious occasion by writing and publishing a series of seven articles regarding the state of dentistry, dental education and health care in general from a retrospective perspective. The first two articles in the series were on licensure reform and were published in the July 14 and Aug. 24 issues of the New Dentist News. This is the fifth article of the series.

Advocacy has become a trendy buzzword in the social and political landscape of the 21st century. The dental profession and our professional organizations are no exception. It is not surprising that the ADA, the American Dental Education Association and ASDA all feature tabs for ADVOCACY on their websites. In celebration of our 50 retrospective, we thought it might be of interest to recollect what advocacy was like for student leaders “back in the day.”

The late ‘60s and early ‘70s was a unique era indeed, especially for students. We happened to find ourselves in the midst of the civil rights and anti-war movements, and widespread social unrest. Student activism was in full display on TV and on the front pages of all the newspapers. Campuses of major universities and colleges were hotbeds for student protest activities. Dental students were not isolated from these phenomena. We had just formed a national student organization and were beginning to exercise our new-found voice for dental student interests and concerns.

For us, advocacy was an important expression of social and political will. We were not reluctant to invest our valuable time, effort, and resources to support something that we strongly believed in; something important personally, professionally, and for our organization. We were results-driven and not satisfied with half-measures or token achievements, especially when faced with what we considered to be a particularly egregious occurrence. 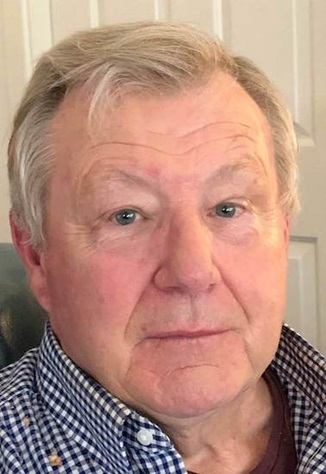 Dr. Martin
As student leaders at that time, we have personal experience with the strategies that were employed to address the issues that were of most concern to dental students of that era. If the more genteel forms of advocacy proved ineffective, we were not reluctant to employ more confrontive, non-conventional methods. Here are two examples based on our first-hand knowledge:

From 1971-72, the American Association of Dental Examiners (AADE, currently the American Association of Dental Boards), with offices in the ADA building in Chicago, was implementing a new proposal for evaluating the moral qualifications of applicants for licensure called the Character Reference Program (CRP).  The great flaw in this “Orwellian” program was that the AADE and individual state boards could consider any anonymous claim against your character, and applicants were not permitted to know their accuser or the details of the accusation. You could be rejected without due process and had no opportunity to defend yourself. The program was launched in March, 1971 and was utilized in varying degrees by 22 state dental boards to evaluate the applications of licensed dentists; and most alarming to dental students, the CRP questionnaire was added to the requirements for initial licensure by the Northeast Regional Board, representing 13 states.

Students were outraged but were not given any opportunity to provide their input. The January  1972 issue of the ASDA Newsletter covered the story and called for a diverse advocacy plan on the state and local level, including contacting local and state dental societies and the appropriate branch of the ACLU. On Jan. 29, the ASDA Board of Directors passed a formal resolution calling for the AADE to shut down the program completely. A coalition of the three Chicago dental schools decided to make their voices heard against what they labeled the CRaP program. The LIN Coalition (Loyola, Illinois, and Northwestern) discovered that the AADE was holding a meeting with the ADA, AADS, and ASDA to discuss the CRP on Feb. 13, 1972, and organized a first-ever dental student demonstration in front of 211 E. Chicago Ave.  The event was covered by local TV station, who interviewed the student leaders and aired the story that evening. The LIN Coalition also made 5,000 CRaP buttons and lobbied at the Chicago Mid-Winter Meeting the following week. The March issue of the ASDA Newsletter featured a cover story on all of this plus a special supplement on the efforts of the LIN Coalition.

Shortly thereafter the AADE announced a moratorium on the implementation of the CRP program. On March 17, 1972, the ADA Board of Trustees, who had already voiced their concerns about the program, resolved that it should be discarded - and that was the end of it. Dental students at the time liked to think that the negative publicity and pressure campaign that they had generated was responsible, at least in part, for this favorable outcome.

Responding to a Plea for Help from a Local ASDA Chapter
As recalled by the authors; reported in the ASDA Newsletter, November and December 1972, and January 1973; and cited in the History of ASDA, ASDA Handbook, 1999

When ASDA was established in 1971, most dental students had virtually no means of addressing disputes or appealing disciplinary actions at their respective schools. As a case in point, in the fall of 1972, a student from The Ohio State University dental school was penalized one year’s academic work for refusing to remove his beard. The student government objected, but the dean was determined to set a harsh example and refused to relent. Fred Margolis, a senior student and local ASDA representative, contacted Dr. Harry Martin, ASDA’s immediate past-president, to report the incident and a litany of other complaints. Dr. Martin conferred with Torry Sansone (ASDA’s then-executive director) and then-ASDA President Bob Vogel, and it was decided that a face-to-face intervention was warranted.

Dr. Martin contacted his good friend Dr. Jonathan Nash, ASDA’s immediate past chair of dental licensure reform, and they decided to accept the students’ invitation to meet with them in Columbus, Ohio, on the weekend of Nov. 24-26, 1972. During their visit they assisted the students in developing an action plan for effective advocacy, which included: contacting the university ombudsman to determine the student’s legal rights regarding dismissal; conducting joint meetings with class officers from all four years and interested faculty: resurrecting their dormant student newspaper, and engaging with the local media to publicize their cause. A meeting with dean was requested, but he declined.

Subsequent to their visit, ASDA published articles about this case in three consecutive issues of the ASDA Newsletter. Facing a formal university inquiry, a possible lawsuit, and growing negative publicity, the dean finally relented. Disciplinary actions against the student were dropped and the administration opened discussions with the students for more input into OSU academic affairs.

This successful intervention paved the way for the formalization of ASDA’s Advocacy Program in 1973.

In conclusion, we hope that this re-telling of events from many years ago has contributed to a better understanding of the kinds of issues students confronted back then and the ways they tried to stand up for their beliefs. Although it might be tempting to try to compare one era to another, we acknowledge that differing socio-cultural factors make it difficult to draw definitive conclusions. As such, we want to clarify that it was not the intent of this article to minimize or criticize other advocacy methods that have been employed by our colleagues over the past 50 years, or to imply that one approach is better than another. We fully recognize that what may have been effective and appropriate back then may not be so under current circumstances.

Inquiries and comments can be directed to: jnashdds@gmail.com and/or hhmartin@bigpond.com.

Dr. Martin was elected ASDA's first president in February 1971. After graduation from Marquette University School of Dentistry in 1972, he attended a two-year pedodontics residency program at Brookdale Hospital, New York. After completing his residency, he moved to Minneapolis, Minnesota. where he joined the faculty at the dental school and established his own pedodontics practice. In 1977 he became an expat and relocated with his wife Meg to her hometown of Armidale, Australia - a small rural community in New South Wales. After 35 years, he sold his dental practice to join his son Sam’s dental office on the coast, and has continued practicing dentistry there to this day.

Dr. Nash was ASDA’s first chair of dental licensure reform from 1971–72. He graduated from New York University College of Dentistry in 1971 as valedictorian of his class. After graduation he completed a one-year general practice residency at Brookdale Hospital in New York, and a three-year postdoc in medical behavioral science at the University of Kentucky Medical School. In 1976 he joined the faculty at the University. of Pennsylvania School of Dental Medicine as the director of the DAU/TEAM Program. In 1981 he founded Century Dental Centers, an interdisciplinary group practice in the Philadelphia suburbs. He remained in private practice until 2005, when he retired and moved to Chiangmai Thailand, where he currently resides with his wife Walaporn.
Tags
Advocacy Issues Dental Students New Dentists Opinion and Editorials
Related
Date
ADA, DQA comment on CMS proposed rule on Medicaid, CHIP Core Set October 4, 2022
ADA members, dental organizations drum up support for Massachusetts ballot measure October 3, 2022
ADA shares ideas with Congress on improving dental access for patients with disabilities September 30, 2022