The financial cost of becoming a dentist can be daunting.

The American Dental Education Association estimates the average debt per dental school graduate in 2020 was $304,824.

Student loans can affect new graduates differently, just as the options to scaling that mountain of debt can also vary — from private refinancing options to federal loan repayment programs. The New Dentist News spoke with several new dentists this spring on how they’re managing their student loans and if they have any learned lessons to offer others from their financial journey. 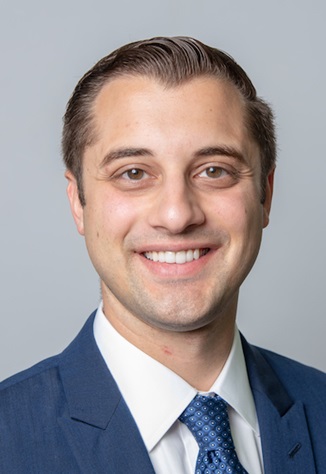 Dr. Wanamaker had an ultimate career goal: to become a practice owner.

“I knew as an associate, you’ll likely have less income and less control of the practice you work in,” said Dr. Wanamaker, ADA New Dentist Committee District 2 representative. “I knew that as an owner, I’d reach my full earning potential and have more control of my practice.”

But after graduating from the University at Buffalo School of Dental Medicine in 2016, Dr. Wanamaker left with about $260,000 in student loans.

While many others buried in student debt may hold off on practice ownership, Dr. Wanamaker did the opposite. He forged ahead, after discussions with his accountant and attorney.

In 2019, following working as an associate and a one-year residency, he purchased his first practice in Skaneateles, New York.

“During those immediate years after dental school, I did an income-based repayment program for my federal loans,” he said. “What I would have been originally required to pay for my loans, I invested in over 350 hours of continuing education and saved the rest as a down payment on my practice.”

Today, Dr. Wanamaker’s debt — due to accruing interests — is down $20,000. Still, he considers himself on track in his financial journey.

“Becoming a practice owner has now created a steady income stream,allowing me to pay off my loans faster than if I stayed on the 20-year income repayment plan,” he said.

In addition, in 2021, he refinanced his loans through Laurel Road, saving another $800 a month on his payments.

Nonetheless, Dr. Wanamaker said he recognizes that his strategy is not for everyone, especially those who don’t feel they are ready to take on practice ownership.

“It’s important to know when you want to be a practice owner, or if it’s that a career path you want to pursue,” he said.

If he wasn’t ready to become a practice owner or did not have the skill sets to run his dental office, he would have approached his student debt much differently.

“I, like others, would probably have been more aggressive on paying down my student loans,” Dr. Wanamaker said. “This is a word of caution, you can do what I did, but you have to be sure practice ownership is the path for you, and you’re ready to be a practice owner as an early career dentist.”

Tags
Finance New Dentists Student Loans
Related
Date
New dentists share their go-to activity for National Mental Health Awareness Month May 18, 2022
On maintaining mental health, 'nothing wrong with getting help’ May 17, 2022
When it comes to medical emergencies, dental professionals are ready to respond May 17, 2022