Award honors new dentists for their contributions to profession, community 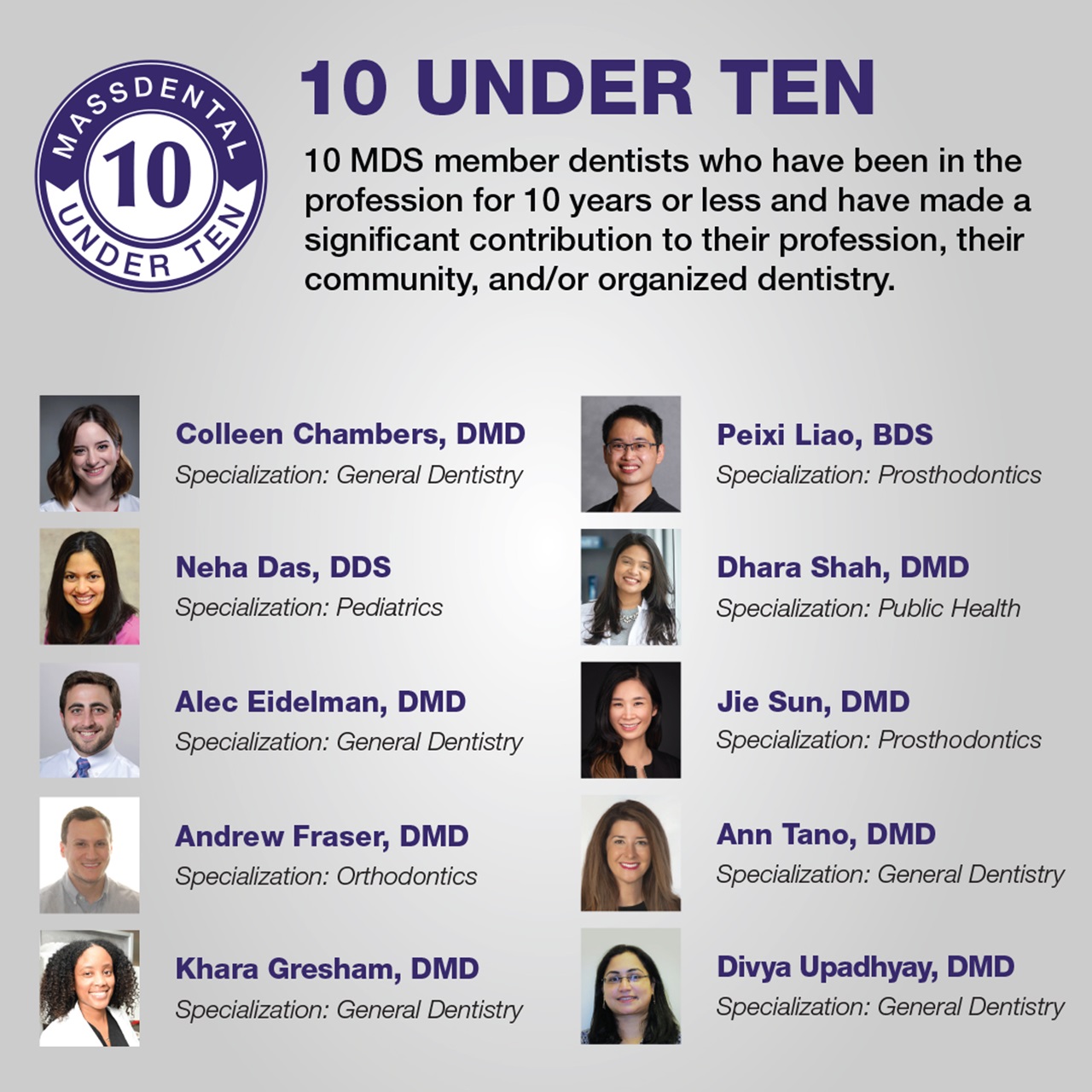 The Massachusetts Dental Society announced June 1 its 2022 10 Under Ten, recognizing new dentists in the state who have made impacts on the dental profession.

Established in 2005, recipients must have graduated from dental school within the past 10 years, be an MDS member and have made significant contributions to the profession, their community and organized dentistry.

The 10 Under Ten honorees are featured in the Spring issue of the Journal of the Massachusetts Dental Society, published in May. They were also honored earlier this year at the Yankee Dental Congress 2022.