‘Pick up the phone and directly call your representatives' office’ 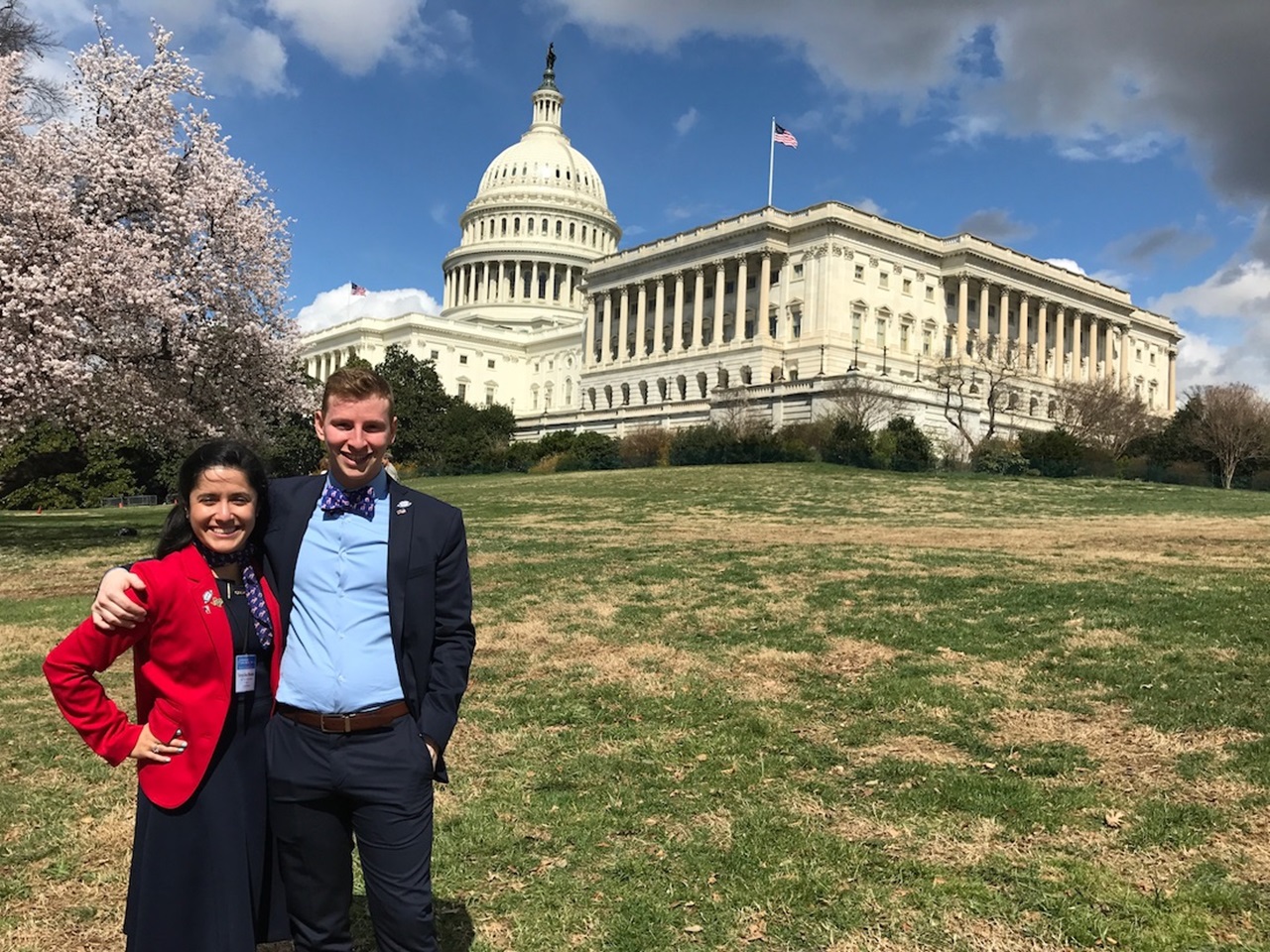 When Jon Vogel, D.D.S., started dental school, he had about $30,000 in savings. But after taking out nearly full loans to cover tuition at the University of Texas School of Dentistry at Houston, along with living expenses, he graduated $220,000 in debt with no savings left.

That debt is among the factors he deviated from his original career plans.

“I originally was going to specialize, and maintained a high class rank to do so, but by the end of school I was tired and ready to focus on earning income,” said Dr. Vogel, who represents District 15 in the ADA New Dentist Committee and a new dentist voice in the American Dental Political Action Committee, or ADPAC.

“Specializing in dentistry is very different than medicine, and instead of getting paid a resident salary, albeit small, most schools charge tuition which further increases the student debt burden,” he added.

Dr. Vogel is now doing his part to help address that challenge by urging Congress to support the Resident Education Deferred Act, or REDI Act. If signed into law, it would allow dental and medical students to defer interest accrual on their federal loans while they are in internships or residency programs.

The REDI Act has passed in the House and was introduced last year by Rep. Brian Babin (R-Texas), who is a dentist. A Senate companion bill was introduced Feb. 16 by Sens. Jacky Rosen, D-Nev., and John Boozman, R-Ark. It’ll be among the bills the ADA and the American Student Dental Association will be advocating for during the ADA Dentist and Student Lobby Day on March 20-22 in Washington.

The New Dentist News spoke with Dr. Vogel to discuss what other simple actions dentists can take to get more involved in advocacy, what organized dentistry can do to address student debt, and how his student loan journey is going. 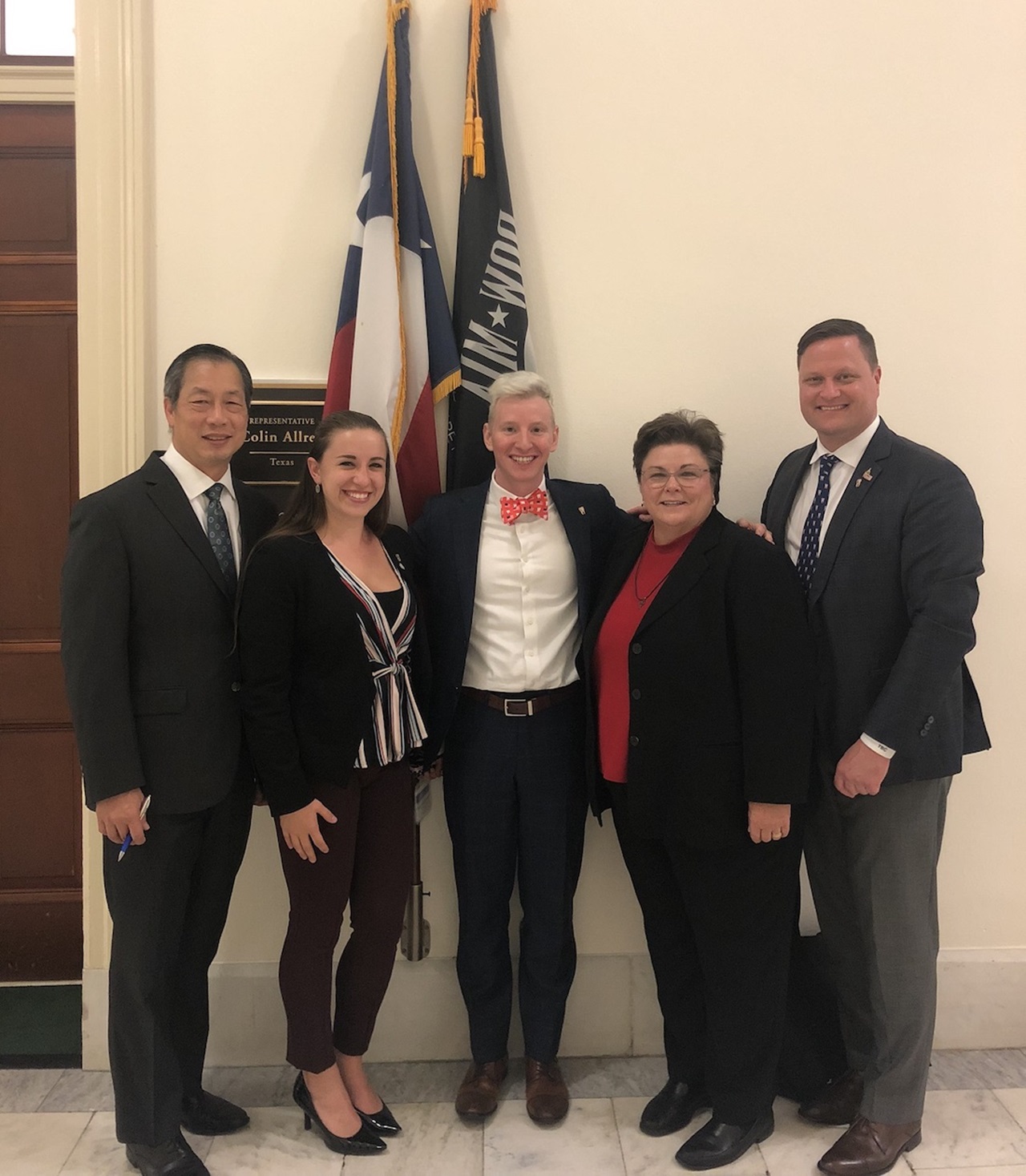 Dr. Vogel: The answer is difficult because there is such a wide range of graduating debts depending on the school a student goes to. You have Texas for example, where all schools are state schools, and have some of the lowest tuition costs in the country. A graduating debt of $220,000, although still an issue, affects me very differently than my colleagues who are graduating from New York University, which has now topped over $700,000 for tuition, living expenses, and interest accrued during schooling. I spoke with someone at my local dental society who graduated with about half a million in debt, and he told me he worked seven days a week for two years straight to help make his loans manageable. He was so burned out, his passion for dentistry waned. You are now seeing popular podcasts like White Coat Investor discussing the debt-to-income ratios for dentists, and questioning whether it is a wise economical choice anymore.

NDN: What are your roles in the New Dentist Committee and ADPAC?

Dr. Vogel: I serve on the New Dentist Committee representing District 15, which is the state of Texas. I actively seek out new dentists across the state to solicit feedback on our Association and communicate it to our committee and Board of Trustees. This information helps in making organizational choices that will improve the quality of life and practice for new dentists. The NDC also has been guiding programming that focus on mental health and wellness, exploring social media options to help with new dentist communication and engagement, and exploring ways the ADA can internally address dental student debt, among other items for new dentists. On ADPAC, I aid in driving membership in our PAC. The foundation and purpose of ADPAC is to help further our legislative agenda and ensure that our Association is protecting both our patients and our profession.

NDN: Why is it important for organized dentistry to advocate for the REDI Act?

Dr. Vogel: The REDI Act is one of many ways that the ADA is trying to address the burden of dental student debt, expand access to care for our patients, and remove barriers to dentists who are wanting to specialize. It was introduced and co-sponsored by Rep. Brian Babin, who is one of five dentists in Congress. This bill will allow both medical and dental residents to defer payments on student loans, and most importantly, prevent the accumulation of interest on the principal of those loans while the individual is completing their residency program. As an example, about $30,000 of the $220,000 I graduated with was interest accumulated on the principal loans while I was completing dental school. It is easy to see how significant this piece of legislation will be on residents, particularly lengthier residency programs like oral and maxillofacial surgery.

NDN: Have you reached out to your congressional representative about student loans and postgraduate education debt?

Dr. Vogel: Absolutely. I serve as an Action Team Leader for my congressman, and held an event for him in December 2021. We had a great opportunity to address a wide array of topics over the course of two hours, including dental student debt.

NDN: For other new dentists out there interested in doing more advocacy work on student debt, what are one or two simple things they can do today?

Dr. Vogel:  Number one: pick up the phone and directly call your representatives office and speak with one of their legislative staff. They want to hear from their constituents, and the more voices they hear repeating the same message, the more responsive they will be. Second, become a member of ADPAC. Lastly, reach out to me any time anytime at jonvogeldds@gmail.com and I will get you connected with the right person within our organization to get you involved.

NDN: Are you attending the ADA Dentist and Student Lobby Day? If so, what are some of your goals during Lobby Day?

Dr. Vogel: Yes. I have attended every ADA Dentist and Student Lobby Day since I started dental school. It is one of my favorite days of the year. My goal this year is to further our winning streak of getting legislation signed into law, which includes the REDI Act. Although the REDI Act alone will not solve the issue of dental student debt, it is one of many tools in our armamentarium.

NDN: How is that student debt journey going for you?

Dr. Vogel: It is going. I am down to about $170,000 in loans and have almost reached a net zero worth. I originally consolidated my loans, but my federal interest rate was still nearly 6%. I privately refinanced my loans in January 2020, which was unfortunate considering the federal loan stays that were looming around the corner, but at the time, it was the best financial decision to make. No one could have known what was about to happen. Since then, I have refinanced another three times and have gotten my private rate down to 2.4%, which is pretty excellent all things considered. I look forward to paying off my loans because currently they consume about 33% of my post-tax income.

NDN: Along with the REDI Act, what else can organized dentistry do or already doing to address the increasing cost of dental school?

Dr. Vogel:  The ADA also has supported several pieces of legislation that will help tackle student debt aside from the REDI act, including The Student Loan Refinancing Act, which allows you to refinance your federal loans when rates drop, and H.R. 4631, POST GRAD Act would prevent interest accumulation on graduate school program loans, including dental school. That, if passed, would have saved me $30,000. In addition, I believe we should strongly look at the current curriculum and schooling structure in the United States and have a serious discussion about what is still relevant and necessary. Many requirements could be eliminated to shorten programs, thus reducing cost. A second dental school in the United States — Roseman University — has recently started the transition to a three-year program, which is estimated to save their students $130,000. Many foreign schools offer six-year undergrad/dental school programs, which if implemented could cut out two years of tuition costs to obtain a D.D.S. or D.M.D. degree.

Follow all of the ADA’s advocacy efforts at ADA.org/Advocacy. Also, sign up for Action Alerts at ActionCenter.ada.org.