10 Under 10: Dentistry a family affair for rural Missouri dentist Emily Mattingly, D.D.S., grew up in a family steeped in dentistry. They were already three generations deep — her great-grandfather, grandfather and father — before she came along. But it wasn't a foregone conclusion that she would become a fourth generation.

Her father then presented her with challenges to help her test if she was aiming in the right direction with her career interests. She had already worked in the family's dental office starting at about age 14, earning minimum wage to file charts. Her father urged her toward further immersion.

"When I was 17, he said, 'If you're really serious, then you have to come and learn how to be a dental assistant,'" Dr. Mattingly said. "So, I survived that training, working with him and my grandfather, as a dental assistant."

Dr. Mattingly also later worked as a dental hygienist in their practice.

"I did a lot of different roles in the dental office before then finally going to dental school," she said. "When I train a dental assistant now, it's nice to let them know that I did this job, too, and these are the things that helped me be a better assistant then."

Not only did she go on to become a fourth-generation dentist, while in dental school together, she also met and got to know her future husband, David Mattingly, D.D.S., another dentist. Together with him, her father and a couple other dentists, Dr. Mattingly is a partner in McCoy Samples Mattingly Dental Clinic, based in Chillicothe, Missouri.

Dr. Mattingly's achievements have inspired accolades and recognition, including being named a 2022 ADA 10 Under 10 Award recipient. 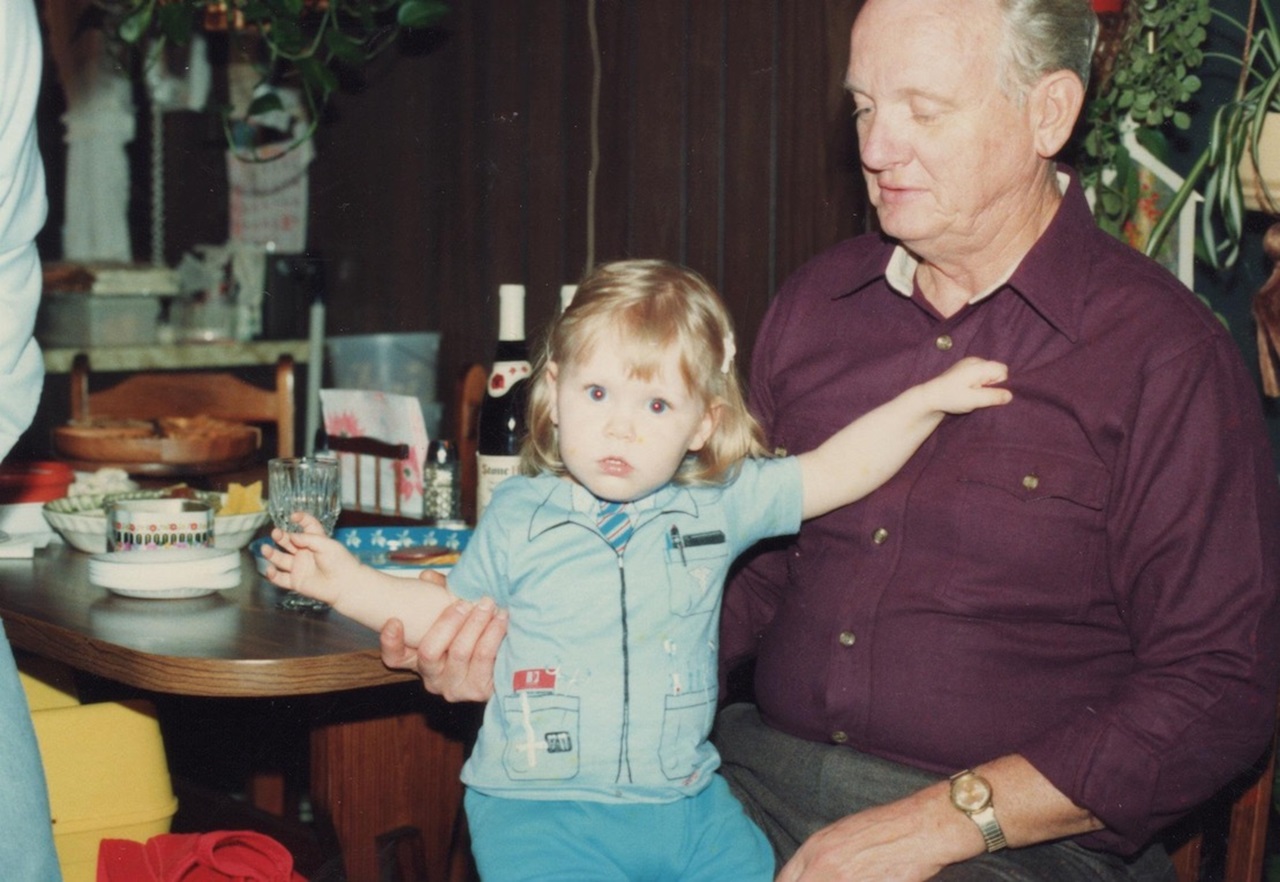 Next generation: Emily Mattingly, D.D.S., wears a dentist costume as a toddler while sitting on the lap of her grandfather W. Chad McCoy, D.D.S. Dr. Mattingly is a fourth-generation dentist.

After initially focusing on general dentistry, Dr. Mattingly eventually switched her primary practice focus to treating children and teens. She considers the shift one of the best decisions she ever made.

"It just sort of happened organically that I was seeing more children," she said. "We don't have specialists where we live. People would have to travel an hour and a half, or sometimes more, to find a specialist. At some point, I was probably seeing upwards of 70% children already, and I just decided I didn't like adults anymore. I had so much more enjoyment with the kids."

"The biggest thing with our rural counties is that we don't have enough providers," she said. "Our population is just increasing, but our workforce is decreasing. There is a huge strain on dentists, hygienists and assistants across the state."

Being the mother of three children, including a son with disabilities, and a partner in a practice where her focus is pediatric patients, Dr. Mattingly offers a special frame of reference and insight as to what such patients are likely to need from the dental community. She worked recently with Kansas University Medicine on a grant application to attract funds to train dentists to treat patients with disabilities.

"My oldest son — he’s almost 9 — has severe cerebral palsy and epilepsy," Dr. Mattingly said. "I always worry about his care. In our rural town, we have no specialists. So, who sees these patients, especially if they have trouble with transportation and things like that? This grant was to try to help give general practitioners tools to see children and adults with autism. It hasn't been approved yet. But those are things I really like to be involved in, just helping to kind of push the needle for care in our underserved communities, providing care not just to the general public but to those that really have need and we’re really not helping." 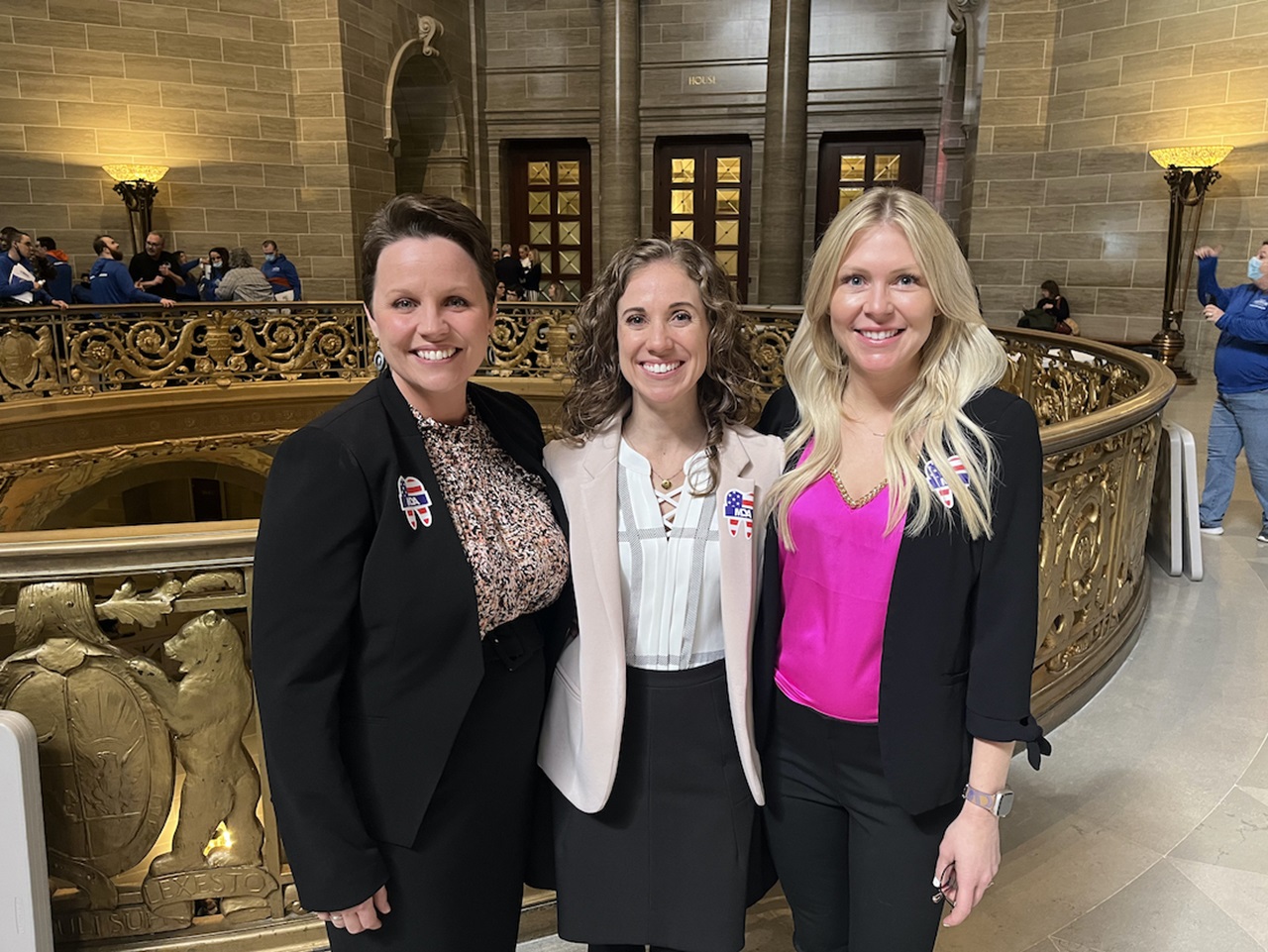 Her professional passions extend to organized dentistry and uplifting the field and her colleagues.

In 2020, Dr. Mattingly served as chair of the ADA New Dentist Committee. Previously, she had been the new dentist member on the American Dental Political Action Committee in 2018 and 2019 and was an alternate delegate and delegate to the ADA House of Delegates from 2014 to 2017.

She also serves on the New Dentist Committee, the Education Committee and the Board of Trustees for the Missouri Dental Association.

"At the state level, I can touch people more directly and help them," she said. "One of my board members said, 'You're the whole reason why I'm involved because you invited me to be a member of the New Dentist Committee, and you're always inviting people to come to events.' He said, 'I'm sitting on the MDA board because you asked just one time to be involved.'"

As much as dentistry may be in the family blood, don't be surprised if someday Dr. Mattingly also picks up a pen and cranks out a book.

"If I had to choose a second profession, I would have wanted to be a writer," she said. "I always tell David, if I retired or worked less, I could be a writer. He's like, 'Please stop saying that.' But I love it. My high school English teacher actually tried to convince me to be an English teacher because I would proofread everyone's papers. Children's books would be so fun."

Travel, music and shows are Dr. Mattingly's jam when she's not working.

"I love to travel, travel, travel," she said. "I would do that all the time. I love music. I love taking my kids to anything from the Renaissance Festival to the Wonderscope, which is kind of like a kids' science fun museum."

Books, of course, are also a big part of her notion of fun. Audiobooks are taking over the physical versions lately.

"I'm still an avid reader," Dr. Mattingly said. "I love my book club. I have a local book club. I cheat sometimes because I do spend a lot of time in the car with kid stuff. I do now listen to more books than I ever did before."

Learn more about the 10 Under 10 Awards program and read about the other winners at ADA.org/10under10.