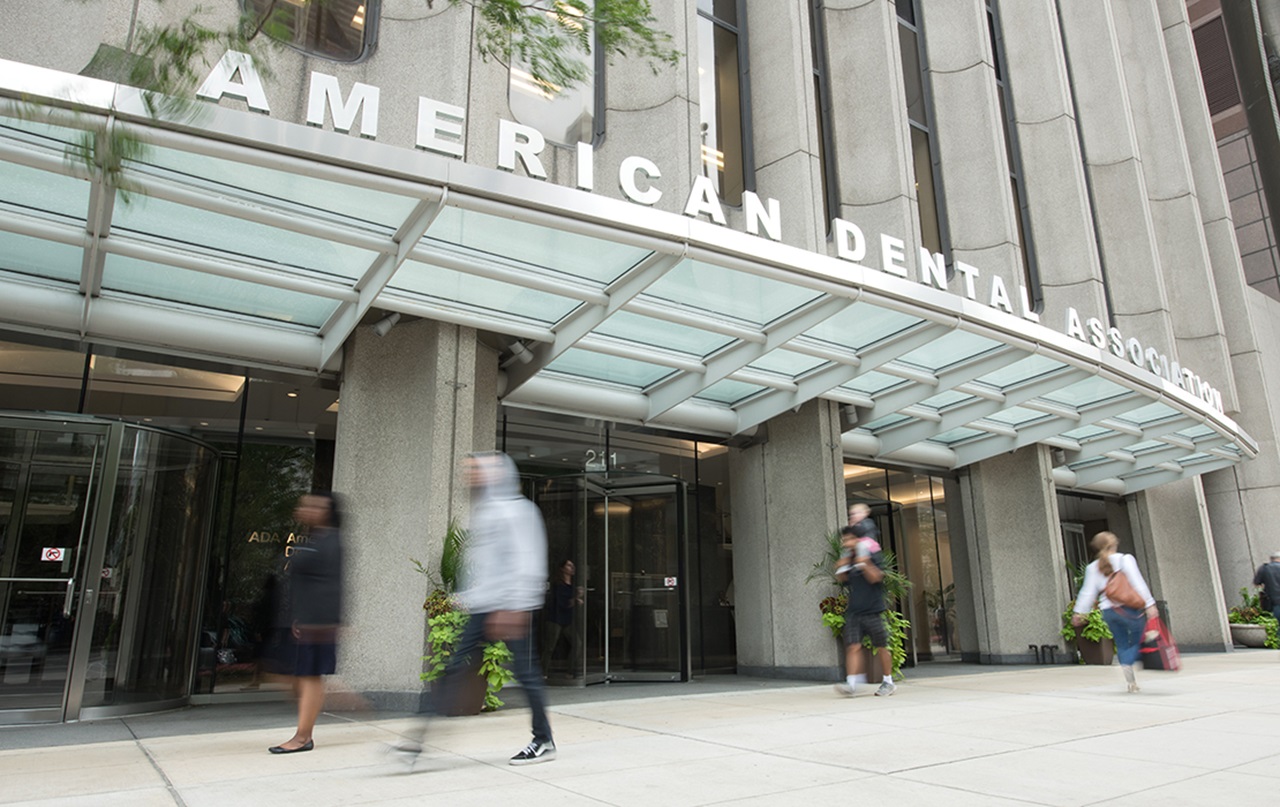 The ADA headquarters was previously located in a building directly behind the current one at 222 Superior Street which was just recently razed to make room for the Children’s Hospital. The ADA purchased the site of the building from the American Red Cross in 1962 for $700,000.

Cost of construction of the building was approximately $12,200,000.

The ADA building was called by some at the time of its construction “Hillenbrand’s folly” after Dr. Harold Hillenbrand who was the ADA’s general secretary at the time and the main mover behind its construction. It was believed by some that the area would never become as vibrant as State Street and that the organization made a significant error in investing in the area.

The building was designed by the Chicago architectural firm of Graham, Anderson, Probst & White which also designed some of the city’s most iconic buildings including the Field Museum, Union Station, Shedd Aquarium, Museum of Science and Industry, Civic Opera Building, Wrigley Building, Merchandise Mart and Lake Point Tower.

The general contractor for the building was Turner Construction Company, one of the oldest building contractors in the United States. They have been involved in building some of the most famous structures in the U.S. including Madison Square Garden, Lincoln Center and the United Nations Building.

The building was originally constructed with two exterior open air courtyards on either side of the lobby.

Renovations in the 1990s which extended the second floor of the building closed off the top of the courtyards and a major renovation of the lobby completed in 2008 enclosed them in a wall of glass.