Founding of the American Dental Association 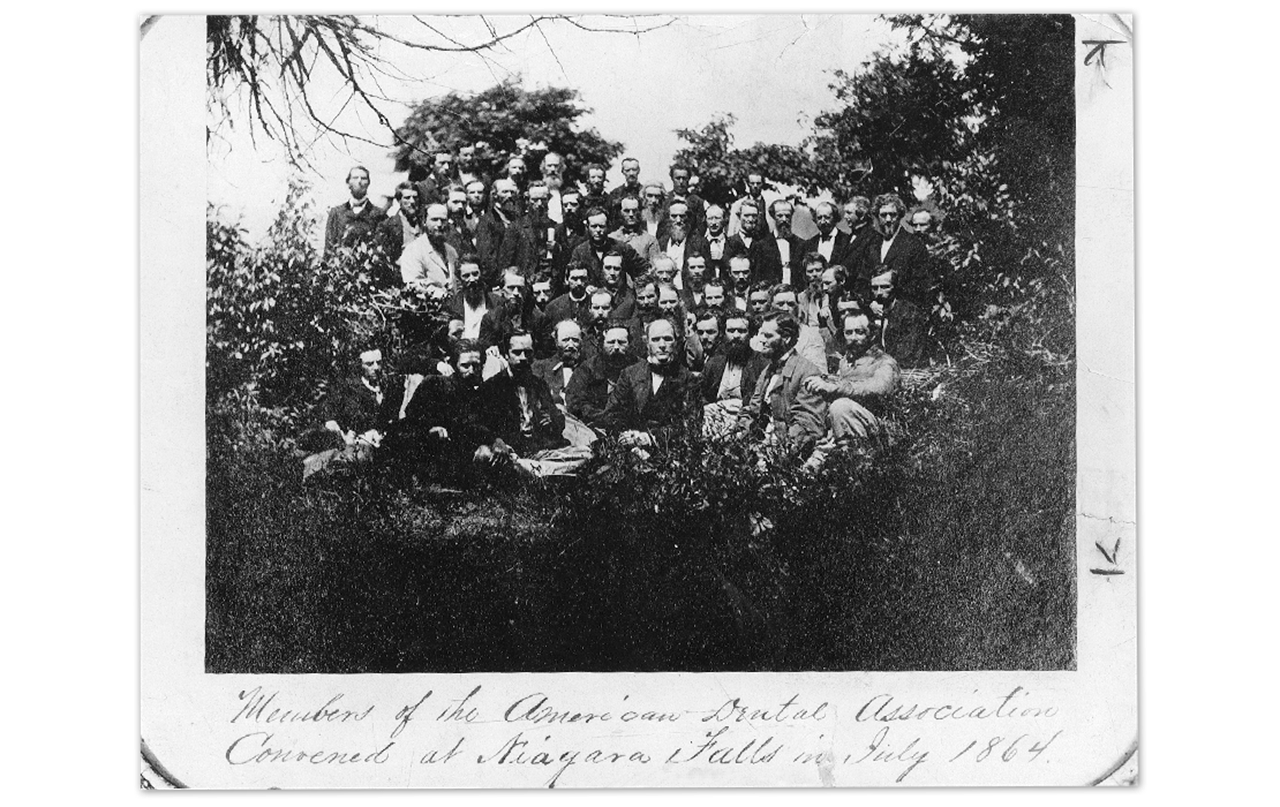 The founding date of the American Dental Association is considered the date of its organizational meeting which occurred on August 3, 1859 in Niagara Falls, NY.

There was another national dental organization in existence at the time of the founding of the ADA known as the American Dental Convention (ADC). Some members of the ADC became dissatisfied with how the organization managed and conducted its annual meetings. They met while attending the ADC’s fifth annual meeting to start a national dental organization of their own based on high professional ideals, the promulgation of scientific standards, and representation by delegation (i.e. representation composed of delegates from state and local societies and dental schools). During this first meeting of the ADA, the founders agreed to establish a new national organization, appointed a chair and secretary, appointed a committee to draft a constitution, decided on a date and place to meet again the following year, appointed someone to manage arrangements for the next meeting and appointed five men to read papers at it. They published a call for attendance encouraging existing state and local dental societies and dental schools to send delegates to the next meeting of the newly established organization which they called the American Dental Association.

The ADA’s first president was Dr. W. H. Atkinson who was elected at this second meeting of the ADA held July 31-August 2, 1860 in Washington, D.C. Dr. Walter W. Allport resided as chair in lieu of a president at this meeting. Dr. Atkinson resided as president at the following meeting in Cleveland, Ohio, which did not take place until 1862. There was no meeting in 1861 due to the outbreak of the American Civil War.

These are the twenty-six men (and their state of residence) who attended the 1859 organizational meeting and so are considered the founders of the ADA: