Is your practice prepared for an opioid emergency?

A 2018 ADA survey of active, licensed dentists suggests that many ADA members have already taken steps to deal with medical emergencies in the office. Nearly 97 percent of those who replied said that they have a plan for handling medical emergencies, more than 93 percent keep an emergency medical kit with drugs on hand, and more than 86 percent report training staff how to respond to medical emergencies. Syncope, epinephrine reaction and postural hypotension are reported to be the most common emergencies experienced by patients, and dentists may feel well prepared to deal with those eventualities.

However, the opioid epidemic is forcing dentists to review training procedures and update their emergency kits to address the possibility of patient overdose. In a recent webinar available from the ADA Center for Professional Success, Dr. Donald Cohen, DMD, noted that dentists may not be to blame for the crisis, but they are affected nonetheless.

“I can’t overstate the opioid crisis,” said Dr. Cohen. “I’ve seen wild numbers for 2017 … running from 50,000 to 70,000 deaths. They’re out there; they occur. There are numerous references … to things like this occurring in dental offices.”

Dr. Cohen explained that naloxone is a safe enough medication that it can be recommended any time an opioid overdose is suspected. He noted that using naloxone on a patient experiencing a stroke or cardiac event is still a safer protocol than waiting, because the sooner the naloxone is administered, the sooner the patient is likely to return to normal breathing.

“When those patients come around, they can be very anxious,” he said. “They can be very reactive, because it’s like an instant detox. On the other hand, you can save a life.” 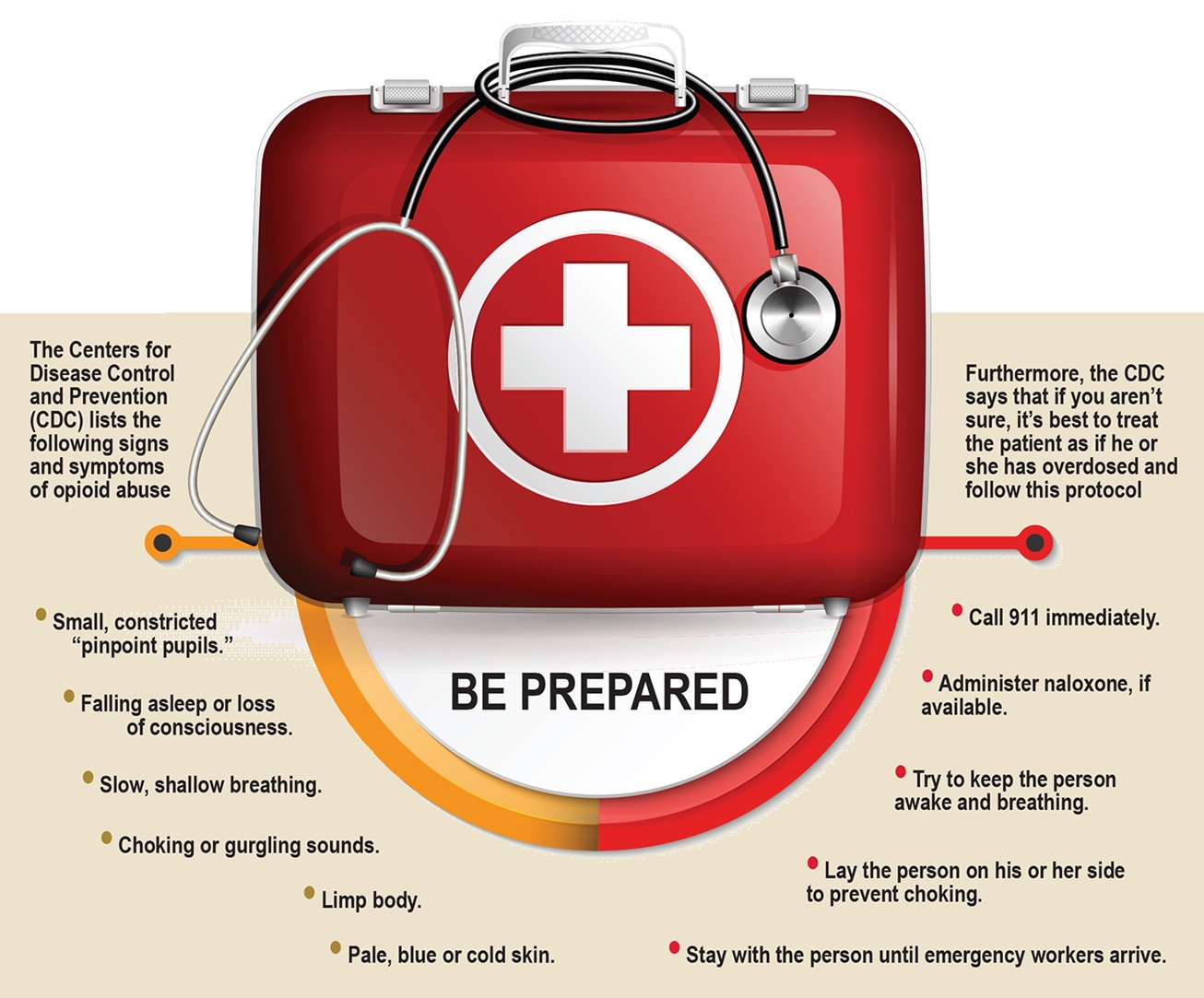 It’s important to make sure all medications in any safety kit remain current. According to the Bureau of Justice National Training and Technical Assistance Center, naloxone has a shelf life of 18 months to two years. The agency notes that naloxone is a relatively stable medication, but recommends that it be stored at a temperature between 59º and 86ºF and out of direct sunlight.